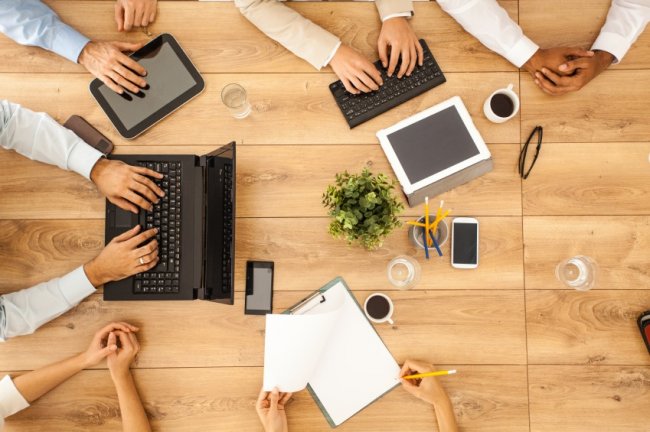 This is our fourth Blog in this series where we are discussing good guidelines which can keep meetings efficient and effective. They are relevant whether you are part of a large organisational board, small community group or mid-sized school committee. Good guidelines can transform a meeting from ‘ground hog day’ agendas, to meetings where issues and outcomes are carefully weighed, everyone’s view is considered and real progress is made through a majority agreement on what is the most appropriate next action.

The most effective transformation though, occurs when all members of the group understand their responsibilities, as well as the processes involved in coming to a conclusion.

In our past Blogs (available here) we discussed several things that should be considered in terms of an agenda, creating motions and amendments as well as debating them. Here, we will be discussing the process of coming to a resolution.

Item 4 on the Agenda – Voting

It is the responsibility of the Chair to put the motion and all carried amendments to a vote, tally the votes and then declare the results.

Sometimes the Chair may put to the Vote, two distinct motions that are effectively mutually exclusive (that is – you can only say yes to one motion). The risk with this is that it is possible that the number of votes for each option (motion) is equal. If this scenario should arise there is two possible outcomes:

1. If the Chair has the power to make a second ‘casting vote’ then the Chair may exercise this power and effectively break the deadlock allowing a motion to be carried;

[Note: that the Chair does not have a common law right to make a casting vote and therefore can only do so if it expressly provided for in the Rules of the organisation or a relevant statute].

2. Neither motion is carried and they are then subsequently referred to as ‘lost’. When a motion is lost, it cannot be put to the vote for a second time in the same meeting, but should be revised and discussed at a later date.

There are six methods of voting which are generally recognised and accepted, these are, voting by:

The method of Division (#6) is predominantly used for parliament and voting by Acclamation (#5) is generally utilised when passing votes of thanks, appreciation or celebration. Methods 1 – 4 are the most common in voting on issues and it is for each individual meeting to decide within their rules how they choose to vote.

Simply put, voting by voice or by show of hands is for making general meeting decisions, such as whether to pass a motion or not. Whilst voting by poll or ballot is for when there are multiple options to choose from, for less positions available, and/or the voting is to be confidential.

Where a motion is carried by (for example) a majority vote, and the motion becomes a resolution it has legal effect. For that reason once a motion has been passed and is a resolution, the wording of the motion must be recorded in the minutes of the meeting.

Item 5 on the Agenda – the Resolution

There are several types of resolutions.

A unanimous resolution is one where all members who are present and entitled to vote, vote in favour of the resolution. It is not used where no dissenting votes were cast or votes not used.

A pious resolution is one which is “no more than an expression of opinion, viewpoint or possibly a declaration of belief, faith, disapproval or disgust.”

If you require any legal advice then do not hesitate to contact us Tri-meridian. Keep an eye open for the coming items on the agenda in this Blog series, discussing the roles of different board members.