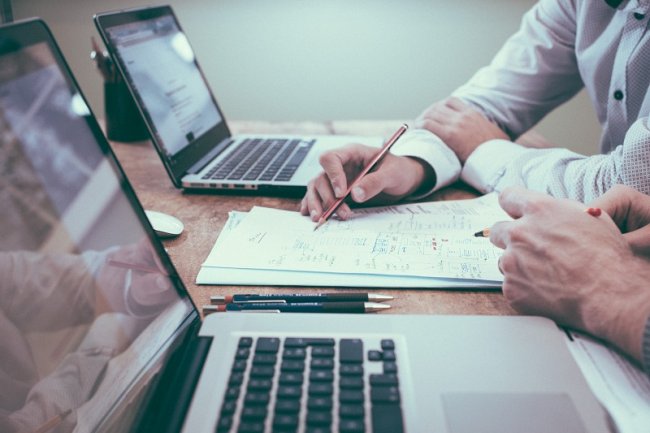 When it comes to the dismissal of employees, Small Business Employers (“SBE’s”) are subject to a different process compared to larger employers. It is therefore important to understand what these differences are.

The Fair Work Act 2009 (Cth) (“The Act”) recognises the resource limitations differences in the circumstances of SBE’s compared to larger employers by tailoring the unfair dismissal regime to make it more straight forward and easier to comply.

In this BLOG we will first look at how the ACT defines a SBE and then the Small Business Fair Dismissal Code and Checklist.

Am I a Small Business Employer?

“The Act” provides a definition of a SBE that appears simple on the surface. Section 23(1) of “the Act” outlines that;

‘A national system employer is a small business employer at a particular time if the employer employs fewer than 15 employees at that time’.

Despite the apparent simplicity of this definition, it is important to be wary of the requirements that go along with satisfying that you do in fact fall below the specified threshold. Section 23 provides that in calculating the number of employees employed by a particular employer, it is necessary to take into account all employees employed at the time of the count, which will include casual employees if they have been employed on a ‘regular and systematic basis’.

An important thing to be aware of is that where an employer is calculating the number of employees it has, associated entities are to be taken to be one entity. This means that even if the particular employer has, for example, ten employees, if one of its associated entities has five employees, this will mean cumulatively the threshold of ‘fewer than 15 employees’ will not be satisfied.

So, what is an associated entity?

This definition may cause you to wonder and ask a further question, what does it mean to be controlled by, or in control of, another entity?

The legal meaning of “control” of an entity

The Corporations Act provides that an entity will be seen to “control” another entity if it has the ability to determine ‘the outcome of decisions about the second entity’s financial and operating policies’.

Due to the complexity of the legislation and the layers of interpretation regarding the “control” of an entity we recommend that you seek legal advice relating to your specific situation.

The courts have provided guidance on what will be sufficient to satisfy this definition of control in s 50AA of the Corporations Act.

‘The concept of “control” of an entity is concerned with the ability to determine the outcome of decisions of the entity. … Control is concerned with decision making, rather than proprietorship, and control, like ownership, can be indirect. …. The “control” requirement is directed to the ultimate power to decide how an entity acts, as distinct from beneficial ownership, and also distinct from the delegated power of directors or officers.’

It is clear that an entity need not be the proprietor of another to be in control, so long as there is a degree of control over the decision making of the other entity.

If you are in a situation where you exercise control over the decision making in relation to the financial and operating policies of another entity, then you will satisfy the requirement in s 50AA, subject to the exceptions discussed further in the legislation. The effect of this is to deem you and the second entity “associated entities.” If this means that between the two entities there are fifteen employees or more, you will be excluded from the Code’s provisions.

The Act provides for a Small Business Fair Dismissal Code (“Code”) which came into operation on 1 July 2009.

The Code sets out the procedural obligations and provides guidance to SBE’s who wish to immediately terminate the employment of an employee who they believe on reasonable grounds is guilty of serious misconduct (for example theft, fraud, violence and serious breaches of occupational health and safety procedure) or where there is a case for genuine redundancy or other grounds for an employee to be at risk of being dismissed.

The Small Business Fair Dismissal Code Checklist (“Checklist”) is designed to assist SBE’s to confirm whether they qualify for protection under the Code and an opportunity to assess and properly record their reasons for dismissing an employee.

It is important to note that completing the Checklist does not guarantee that the Code has been complied with but it is a useful resource in ensuring an understanding of the procedural obligations of a SBE and provides a means to demonstrate compliance should an unfair dismissal claim be made.

The Code must remain the fundamental first point of reference for compliance and SBE’s should familiarise themselves with its provisions.

If you intend to dismiss an employee, you must ensure that you are complying with the Fair Work Act 2009 (Cth). You must bear in mind the different regime provided for small businesses, and determine your affairs accordingly. It is fundamental that the employee count is determined at the time the particular employee is to be dismissed, and know for yourself whether you still meet definition of a small business employer if it is relevant to you.