SHOULD YOU LOOK A “GIFT HORSE” IN THE MOUTH? 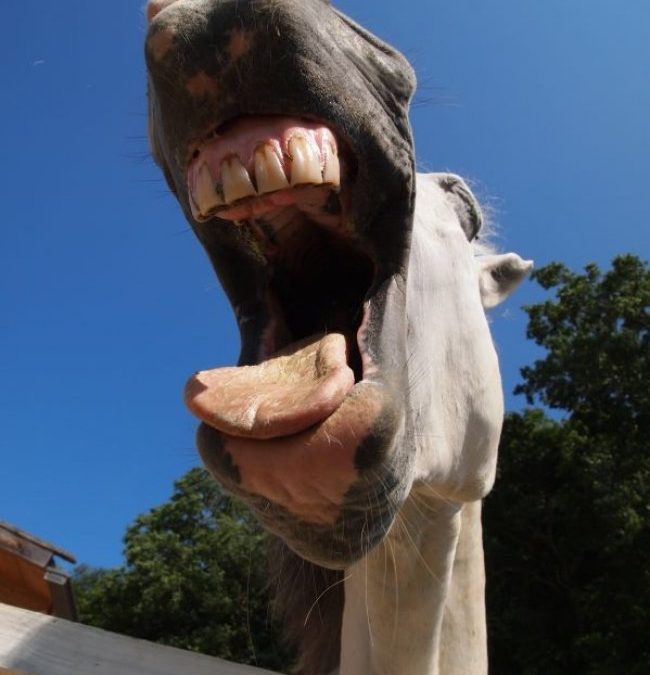 I gave a presentation on Bequests just last month at an Educate Plus Conference and since then it feels like the subject of Philanthropy and more particularly, the area of Bequests, has become the latest topic of comment (both in print media and electronic media) and general conversation.

A lot of what is being said in these forums appears to be either expounding the virtues of Philanthropy and aimed at potential Donors (a good thing) or focused on all the things that can go wrong from a Recipient Organisation’s viewpoint (perhaps just fear mongering).  The intent of this article therefore is to focus on the practical steps that Not-for-Profit Organisations can take to assist in ensuring that its conduct around Bequests is both ethical and in the long term interests of both the Donor and the Organisation.

Knowing that discussions on topics like this can be a bit heavy and droll, I thought that using a long standing idiom would be a useful and light hearted way to start. (Hence the picture of the horse’s mouth!) So –

“Should you look a “gift horse” in the Mouth?

The answer to this question is a resounding “YES” if:

• the Bequest has conditions attached:

Note however, if you can’t agree acceptable conditions there is no legal requirement to accept a Bequest, gift or endowment.

• the Bequest is not made “of their own volition”:

If it can be demonstrated that undue influence or duress was present then this can be grounds for ruling that a gift (or Bequest) is invalid. If this happens and the Organisation is the one accused of undue influence or duress not only is there a potential for the reputation of the Organisation to be damaged,  but the amount previously gifted can be claimed back to form part of the Estate.

Where the Organisation feels that it may be at risk of being accused of “undue influence or duress” then the practice of keeping accurate and complete records in respect of your engagement and interactions with a potential Donor (for example copies of all correspondence and making file notes of all conversations) can help demonstrate to the Court that this was not the case.

• the Bequest is likely to result in a breach of their lawful duty to adequately provide for their family first:

Each state has legislation (in SA it is the Inheritance (Family Provision) Act 1972 the “Act”) that has the effect of altering the terms of any valid will or the distribution under an Intestacy where an applicant makes a claim for an unmet need.

The purpose of the legislation is to provide for the proper maintenance, education and advancement in life of the family members of the deceased. An applicant must establish that they have been left without adequate provision, not at the time the will was made, or the date of death of the deceased but at the time of the application to the Court.

• the Bequest is made using a DIY Will:

One of the potential dangers for Organisations is where a potential Donor has used an “over the Newsagent Counter” Will Kit for recording their wishes.  DIY Wills regularly fail resulting in Intestacy.  Under Intestacy rules, the assets are distributed according to a Statutory Formula which usually sees Organisations miss out on the Bequest they were expecting.

It is also common for Organisations to provide support and offer assistance to potential Donors who need help to draft an appropriate Bequest clause for inclusion in their DIY Will. Be aware that if a contest occurs and the Courts can see that the Organisation had a hand in the process it can leave the organisation exposed to a potential ruling against the Bequest on the grounds of “undue influence”. If your Organisation is approached by a potential Donor for help, the safest response is to encourage them to have a proper Will drafted by an independent Estate Lawyer who can ensure that the Donor’s wishes are properly expressed and documented.

Things you can do to improve your odds of collecting the Bequest:

All marketing material and formal Bequest Invitations should contain factually accurate information about the Organisation and its objects and purposes.

Set out in simple, clear and concise language how a potential Donor should go about making a Bequest. Include a list of the Organisation’s projects (both current and future) so that Donors can be specific about what project they wish to support.

Engage the professional services of an Estate Lawyer to draft or review a “sample” Bequest clause for inclusion in the written promotional material.  Potential Donors who ask for help with the wording of their Bequest, or Professional Advisors who wish to ensure the terms of the Bequest are appropriate, can then be provided with a copy of the written material and referred to the “sample” draft clause for reference.

Lastly make sure that all promotional material addresses the moral obligation for Donors to make adequate provisions for their family and wherever possible encourage them to seek their own independent legal advice if they wish to change an existing Will or make a new Will.

Build strong and meaningful relationships with the living:

Whilst there are no guarantees that the most dedicated and lifelong supporter of your Organisation won’t have their generous Bequest contested by a disgruntled dependant it will come as less of a surprise and be easier to explain if the person making the Bequest was actively and openly engaged and passionate about the Organisation while they were alive.

Forming relationships and developing strategic occasions for engagement can also provide opportunities for assistance, support and suggestions to be made to a potential Donor about how they might best express their wishes so that both the organisation and the Donor (and even the Donor’s family) can be benefit and be recognised appropriately from the gift.

The notion of collecting small amounts, early and often, (that is regular manageable donations from a person while they are alive) can have a lot of benefits over collecting one large lump sum Bequest later.  One benefit is that, regular donations made to an Organisation that has Tax Deductibility status enables the Donor to claim a Tax Deduction.

It may therefore be worthwhile for Organisations who have charitable pursuits to investigate whether they are eligible to apply for Deductable Gift Recipient Status or establish other tax effective vehicles for giving.

The other benefit of collecting small amounts early (and the earlier the better) is that gifts made while a person is still alive (either by making an immediate monetary gift direct to the organisation or making a gift through a Trust for example a Private Ancillary Fund) are made outside of any Estate and therefore less likely to be the subject of a Family Provision Claim.  (Note that NSW has now introduced legislation that permits the Court to make an order designating property that the deceased disposed of before death as being property that forms part of the deceased’s notional estate).

Don’t spend it till you get it:

The Organisation may have been held up at the “starting gates” for the last 50 years and with the promise of this Bequest it looks like the Organisation will finally have the resources it needs to build that building, start that project etc.  Remember though, don’t try and jump the gate, because until a Bequest is distributed it may still be able to be contested or even recovered and redistributed by a Court.  The best protection here is to have a policy to not spend the money until you have received it.